Last time we have provided a short introduction about the work being done here in Friedrichshafen, Germany and why this location is of such importance and relevance to the Maybach history until today. Now, we want to give further insight into why we are collecting and why exactly our comprehensive database is such a viable tool for our work.

Many things that are tangible such as documents and objects are still dormant in people’s homes and attics here in the region around Lake Constance, but also all over Germany as well. These can sometimes, at first sight, seem small but are nevertheless very important to be able to tell the entire story of the groundbreaking developments by Wilhelm and Karl Maybach – which are relevant in today’s world. This narrative around Maybach not only encompasses many groundbreaking products and developments but also showcases the lives of the people who used to work at the ‘Maybach Motorenbau’ in Friedrichshafen, Germany. There are many examples that demonstrate the close connection between the workers and the company such as the renowned bust of Karl Maybach which was sculpted by a lathe operator in his spare time. 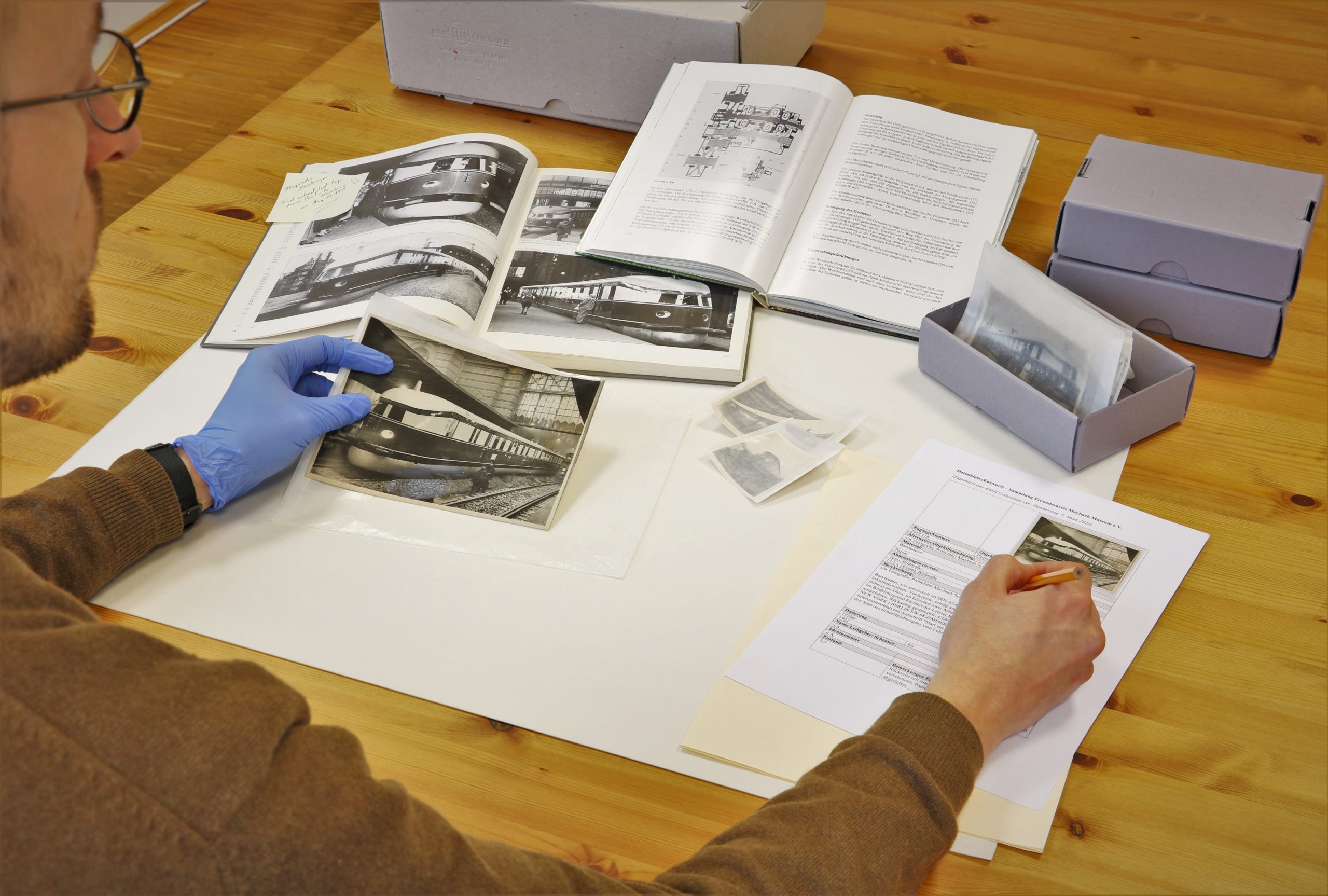 However, not only the things of the tangible kind are essential, but also the intangible stories and anecdotes are just as important and significant as well. By recording the oral history which is connected to various objects images and documents, the full potential for research and presentation can be accomplished. Additionally, there is a lot of expert knowledge which needs to be recorded : While some of the technical aspects may have become rather obsolete since their development, they nevertheless constitute innovative milestones of their time – milestones whose stories need to be told and explained to inspire new generations of designers and innovative thinkers.

Not only did the ‘Freundeskreis Maybach Museum e.V.’ (Friends of the Maybach Museum Association) lay the ground stone needed, it also represents an essential catalyst to further build and grow this important Maybach collection. Their network fosters the progress of the collection as many donate new objects and documents but also many of its members are contemporary witnesses and experts as well.

With thorough documentation that also includes the oral histories as mentioned before, the collection becomes a very important source both for research done in house as well as for people coming from outside such as students or researchers. As we also continue to build a library of special literature, another layer of information is added that also becomes researchable in our database. All recorded information can be connected in our database which leads to immediate results that — in the best case — to give an example, combine both an object as well as a document, an eyewitness account and a mention in literature.

These connected layers of information which are available in the database enable to present documents and objects to their full potential within an exhibition. One of our key topics is ‘propulsion systems’ built by ‘Maybach Motorenbau’ for trains, and the so-​called ‘SVT’ especially ; short for ‘Schnelltriebwagen mit Verbrennungsmotor’ (high-​speed trains with combustion engines). With the Maybach foundation’s project to restore one of the last trains of this era, the ‘SVT 137 856 type Cologne’, this topic can be experienced via an object on the greatest scale possible. Karl Maybach and his company were visionary in their development of the needed technologies that enabled speeds that were unheard of before. Even the first experimental train of this line, the SVT 877 a/​b Fliegender Hamburger (‘Flying Hamburger’) reached speeds of around 160 km/​h. In our image, we are showing a press print of the first trial voyage between Hamburg and Berlin, Germany made by the Flying Hamburger – a collection item we will present in more detail the next time.