In our everyday work, new arrivals are especially exciting and today we want to share an example : An ad which had not been published in the literature on the history of Maybach yet. It comes from a time where Maybach had a major, disruptive even, impact on mobility : The days when Maybach was developing and successfully establishing the fast running diesel engine for trains on the German and European markets.

The image comes from the 1940s and shows two things : a train of the series which bore the somewhat unwieldy designation ‘302-​kw-​Dieseltriebwagen mit vereinheitlichten Grundrissen’ (302-​kW-​Dieseltrains with unified layout) and a GO 5 type engine. Both are rendered in strong angles which make the image more dynamic and convey the speed and power to the viewer. The overall image is rendered in black grey which is combined with accents of orange. This orange was part of the Maybach Motorenbau corporate identity and also came to use in the enameled emblems on Maybach cars.

After WWI Maybach Motorenbau had to set out for new markets – the key segment of aerial propulsion had been prohibited by the Versailles treaty. The company also quickly realized that when using a new high-​speed diesel on the rail, one should not do things by half-​measures. Instead of “just” supplying the engine, Maybach wanted to design a railcar in which all the components were the result of a concerted collaboration between the engine manufacturer and a train builder – a form of cooperation that was absolutely exceptional in its intensity at the time. The result was the so-​called E.V.A. Maybach-​Triebwagen launched in 1924, its engine the G 4 a type and a newly developed gearbox the T 1 type. Having had met skepticism, the new product with 175 hp was successfully established but Maybach did not intend to stop there.

New demands came up not much later and the Reichsbahn asked for a 300 hp engine. The engineers at Maybach Motorenbau set the goal at 400 hp. Something, they said looking back, could be achieved just as easily and demands were expected to quickly rise again. Although this engine, which was to bear the name G 5, could draw on the experience gained from the design and production of the G 4 a and b, there were once again no real role models for this next evolutionary stage. Again there was only a little time available for a complex project. The Maybach engineers doubled the number of cylinders, turning the G 5 into a twelve-​cylinder engine – a strategy that had already been applied to aircraft engines. The stroke volume of the G 4 a/​b was increased from 140⁄180 mm bore/​stroke to 150⁄200 mm. A ‹centric linkage› was also chosen in the hope of avoiding problems with the crankcase, but the engine was now subjected to greater stress. Despite all adversities, the G 5 was put to the test in 1930 – with an impressive 410 hp. 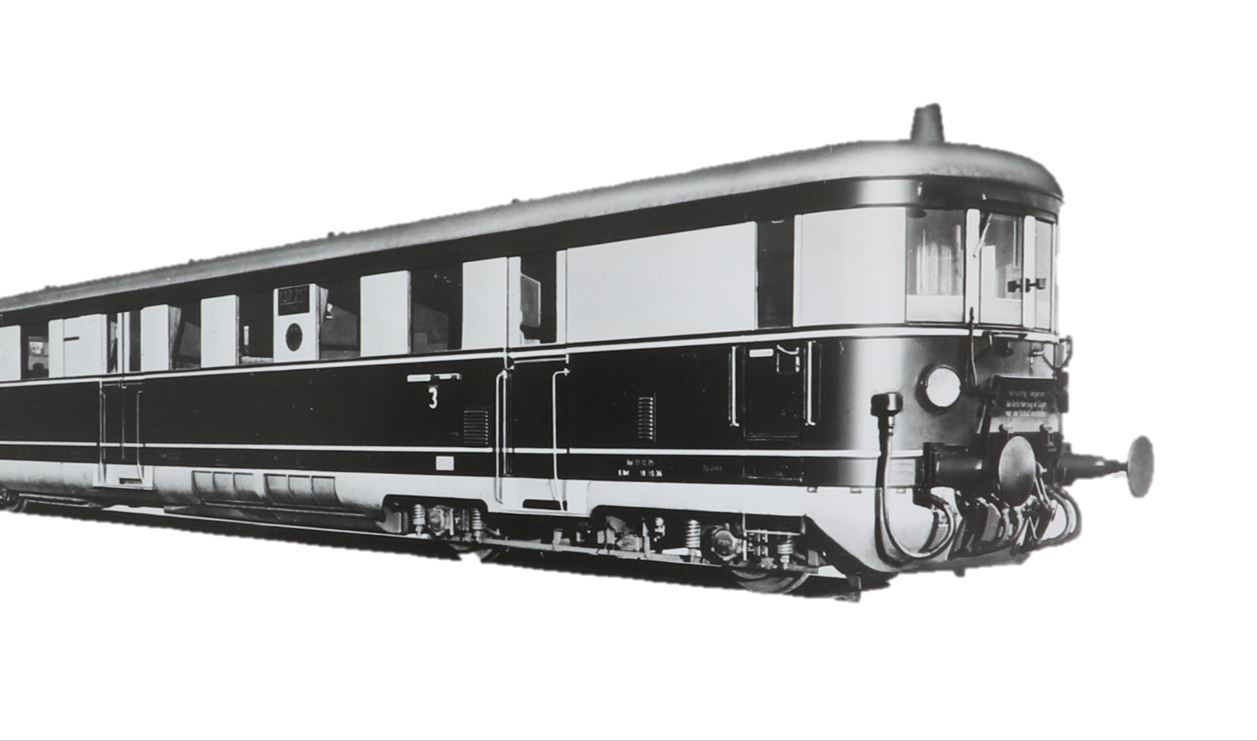 The Reichsbahn ordered different types of railcars, all powered by the G 5 engine (it later got replaced by its successor the GO 5) and equipped with another innovation, the electric power transmission, for which Maybach again had cooperated with the E.V.A. In our ad, we can see an artist rendition of the so-​called ‘302-​kw-​Dieseltriebwagen mit vereinheitlichten Grundrissen’ (302-​kW-​Dieseltrains with unified layout). These trains were used all over Germany and with their speeds of up to 110 km/​h were another important step towards the era of the so-​called ‘Flying trains’ which established new speed records – but that’s another story in itself we want to tell another time.

A recent collaboration between Maybach Foundation and Michael Schwab is bringing new attention to these essential steppingstones of mobility as we know it today that could not have happened without Maybach. Schwab, one of the United States foremost graphic artists, who is well renowned for his posters for American National Parks, created a set of new designs that are paying homage to the strong graphic designs which embodied the ‘Maybach Powered’ spirit. The current set of three posters, the train, the yacht, and the airship make clear that Maybach was much more than luxury cars but excellence in propulsion across the board – on land, in water, and air. 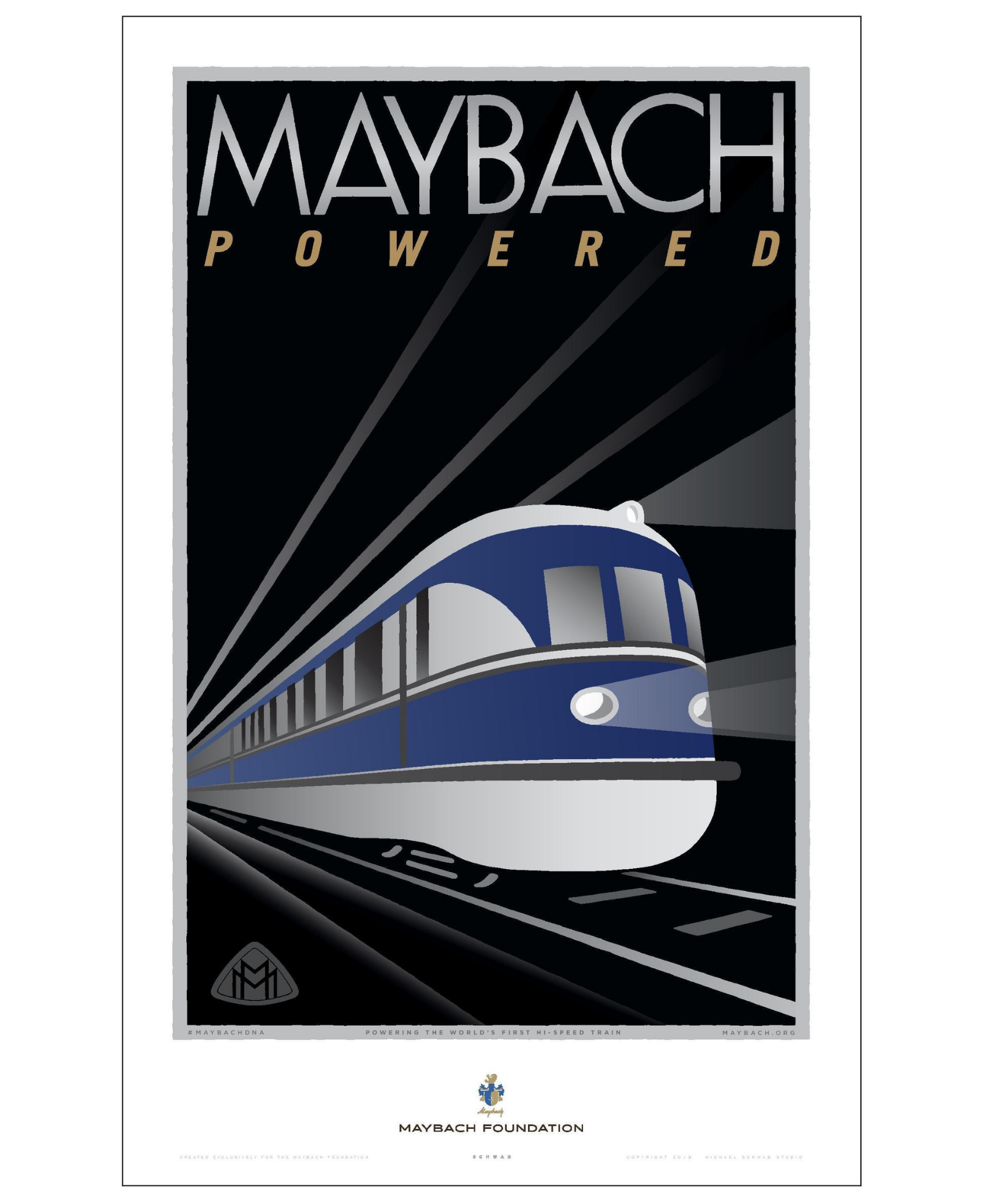 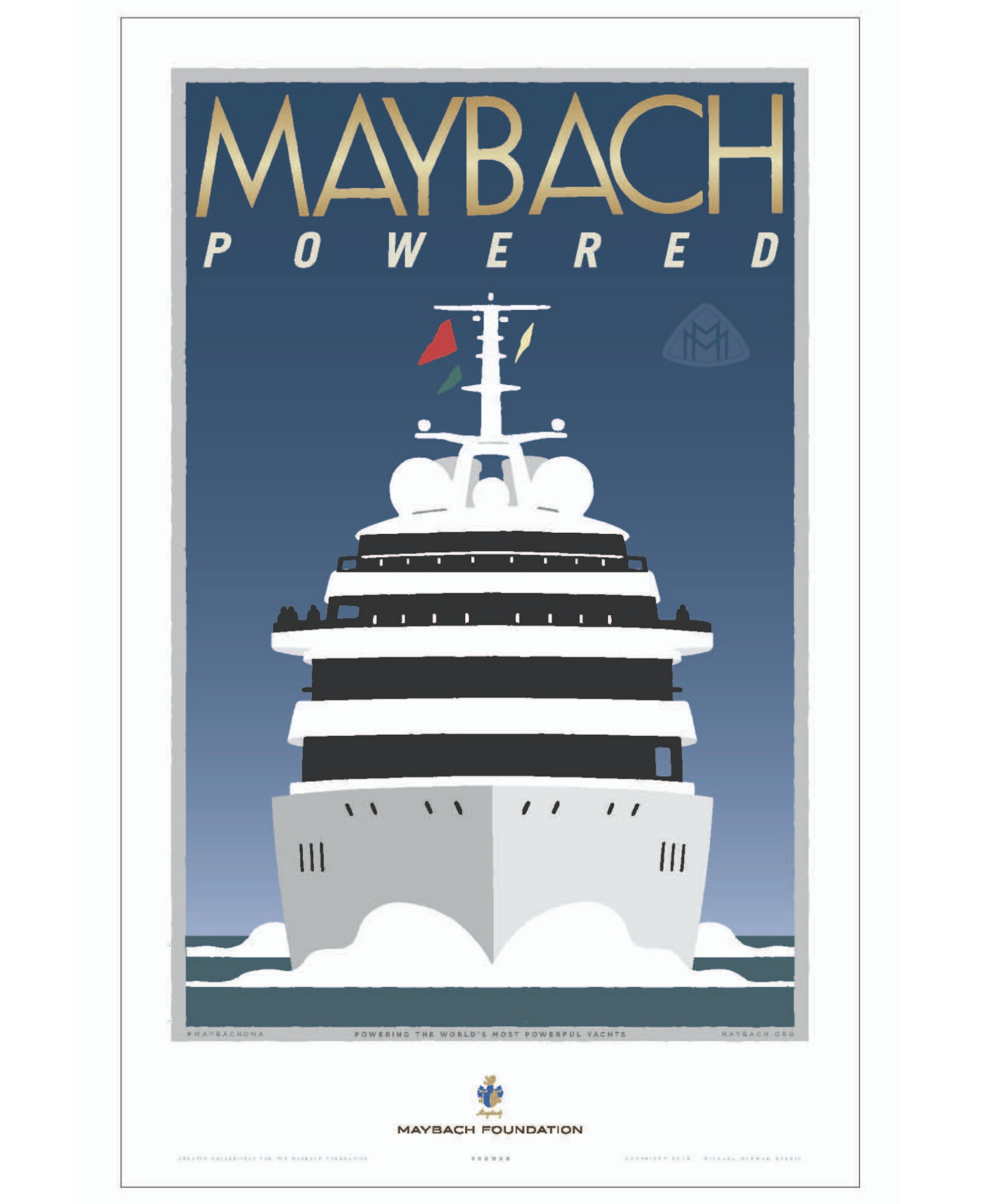 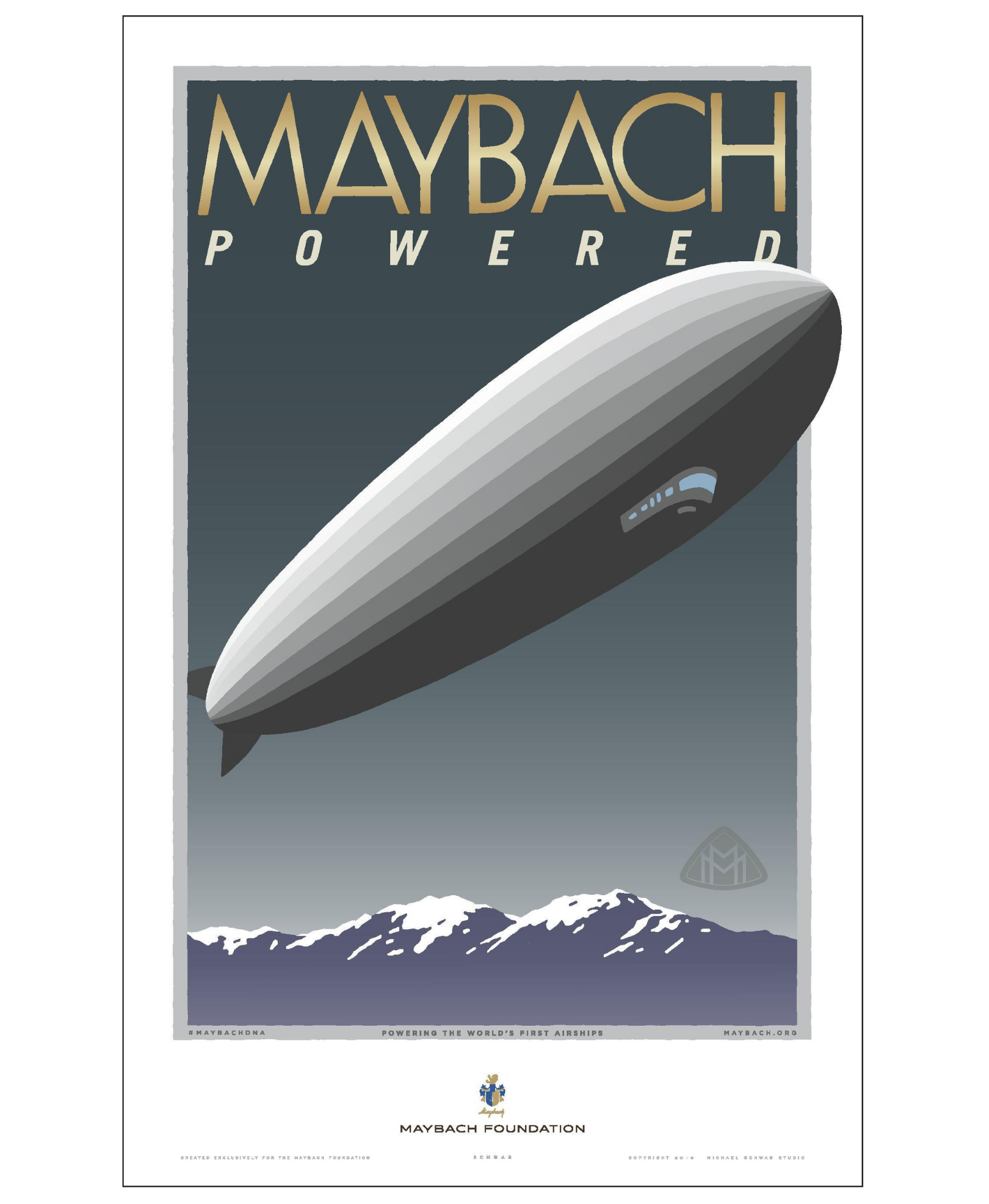 Previous Post (p) From the Maybach Archives: The Story Hiding Behind an Unassuming Image...
Share
Next Post (n) Snowy Mountain Roads? No Problem When You’re Powered by the Best Propulsion Available!