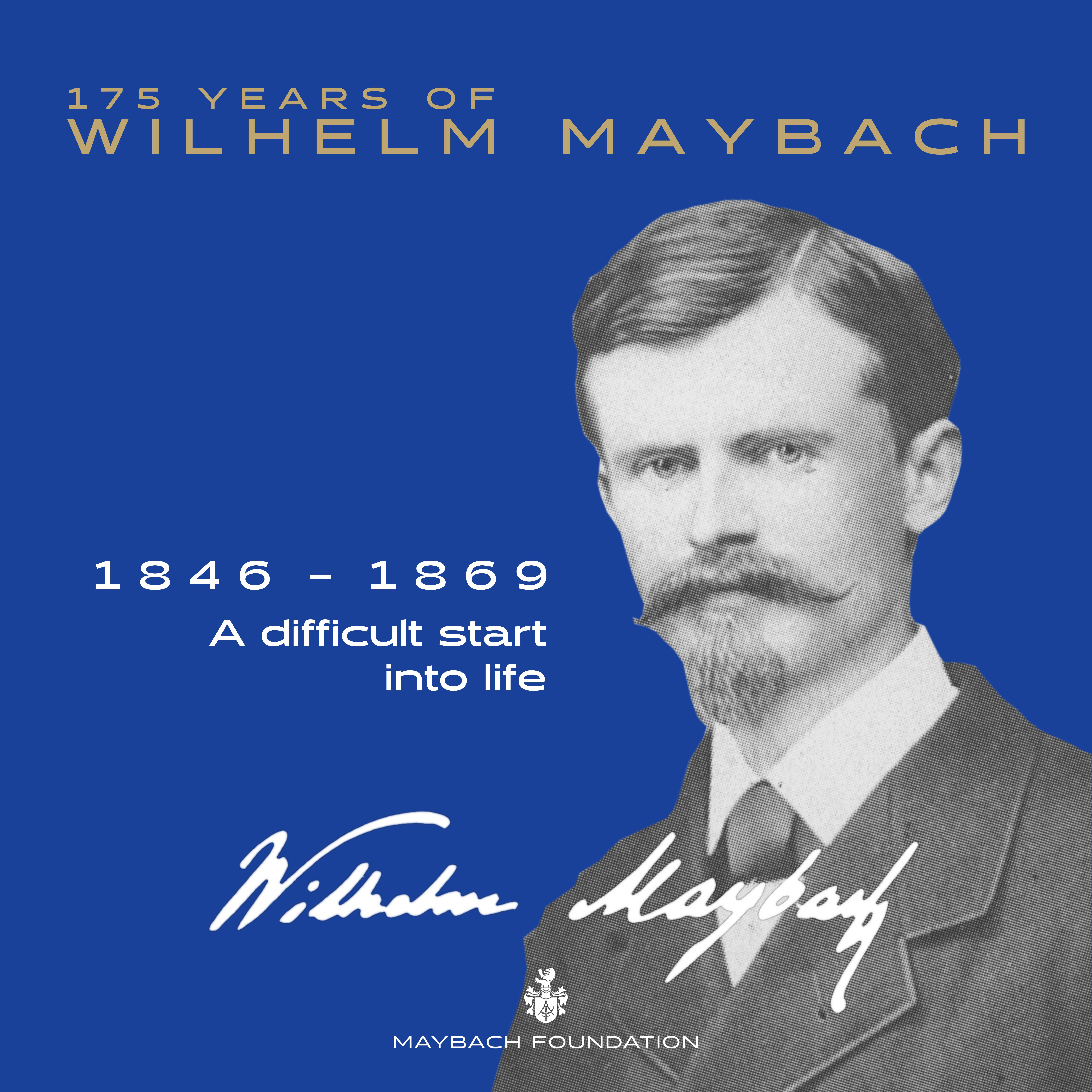 A Difficult Start Into Life

Wilhelm Maybach was born 175 years ago on February 9th, 1846 in Heilbronn. At the age of only ten, he was an orphan and was placed in the care of the theologian and social reformer Gustav Werner and found a new home at the ‘Bruderhaus’ in Reutlingen. In 1861, Wilhelm began his apprenticeship as a technical draftsman in the ‘Bruderhaus’ machine factory where he met Gottlieb Daimler. Wilhelm Maybach subsequently became one of the most important figures in the history of the automobile. 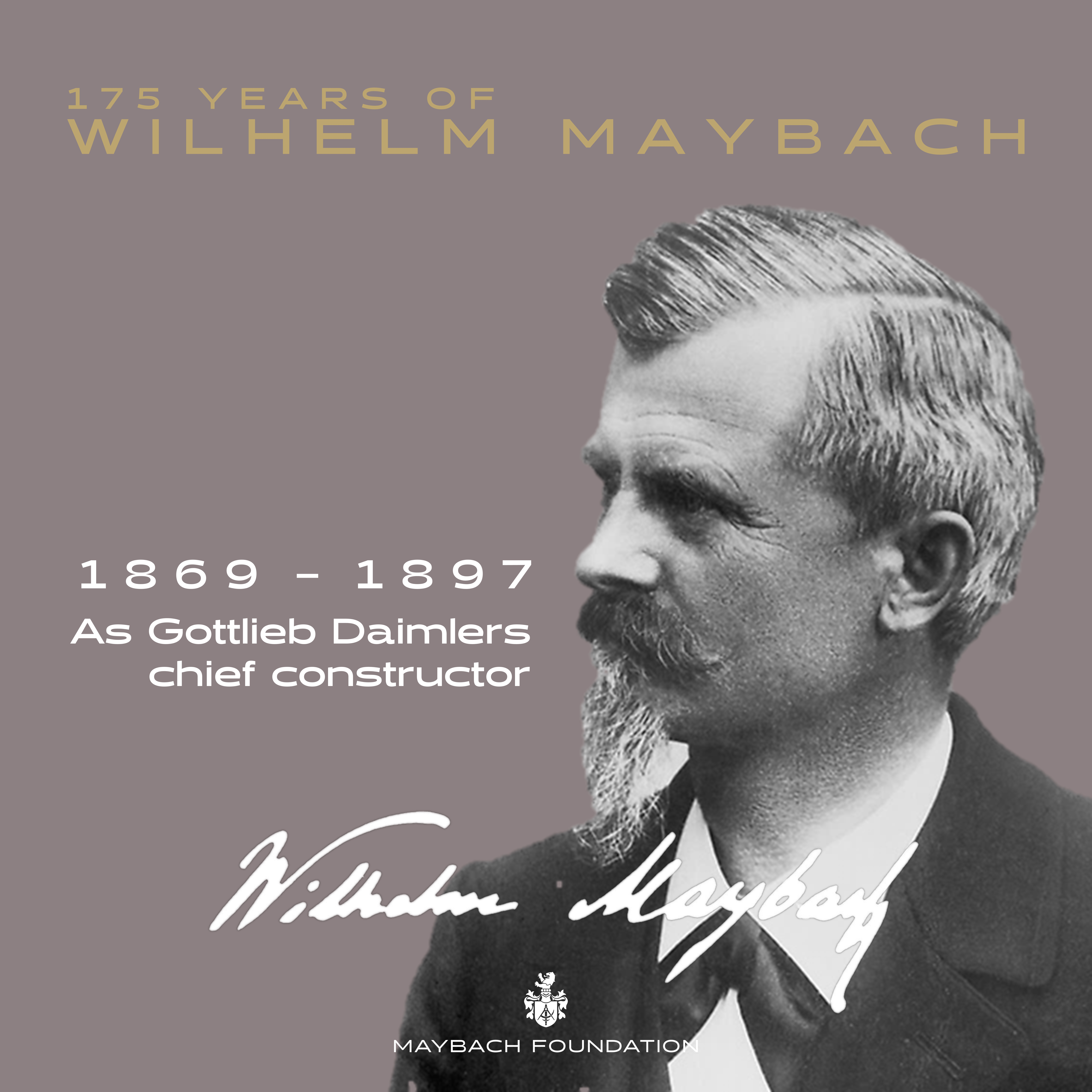 Working as Gottlieb Daimler’s chief constructor at the Deutz gas engine factory in Cologne, Wilhelm Maybach contributed to the international success of the Otto engine by redesigning it in 1873. The congenial Daimler-​Maybach duo became independent in Cannstatt in 1882. In a greenhouse, Maybach constructed the first high-​speed single-​cylinder four-​stroke engine, later the so-​called ˈGrandfather Clockˈ as well as the ˈRiding Carˈ and in 1886 the ˈDaimler Motor Carriageˈ. The automobile has finally been invented ! 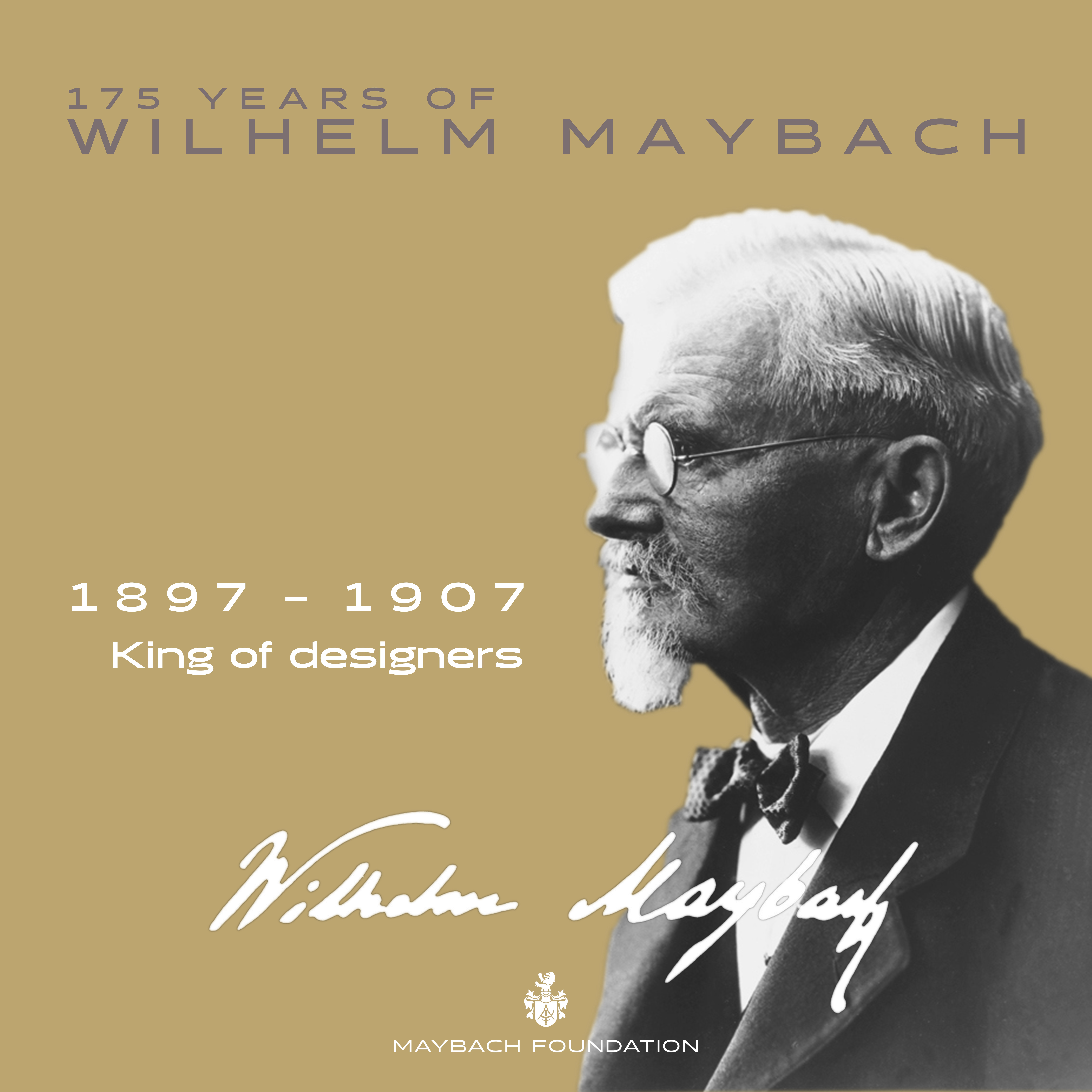 The King of Designers

Around 1900, Wilhelm Maybach designed pioneering engines and vehicles that have shaped mobility and automotive engineering to this day. In 1895, Daimler Motor Corporation began the production of passenger cars with Maybachs Phoenix engines. In 1900, the consul and motorist Emil Jellinek commissioned a completely new car for racing purposes. Maybach’s response : a 90 km/​h vehicle with 35 hp that laid the foundations of the modern automobile — the Mercedes I. 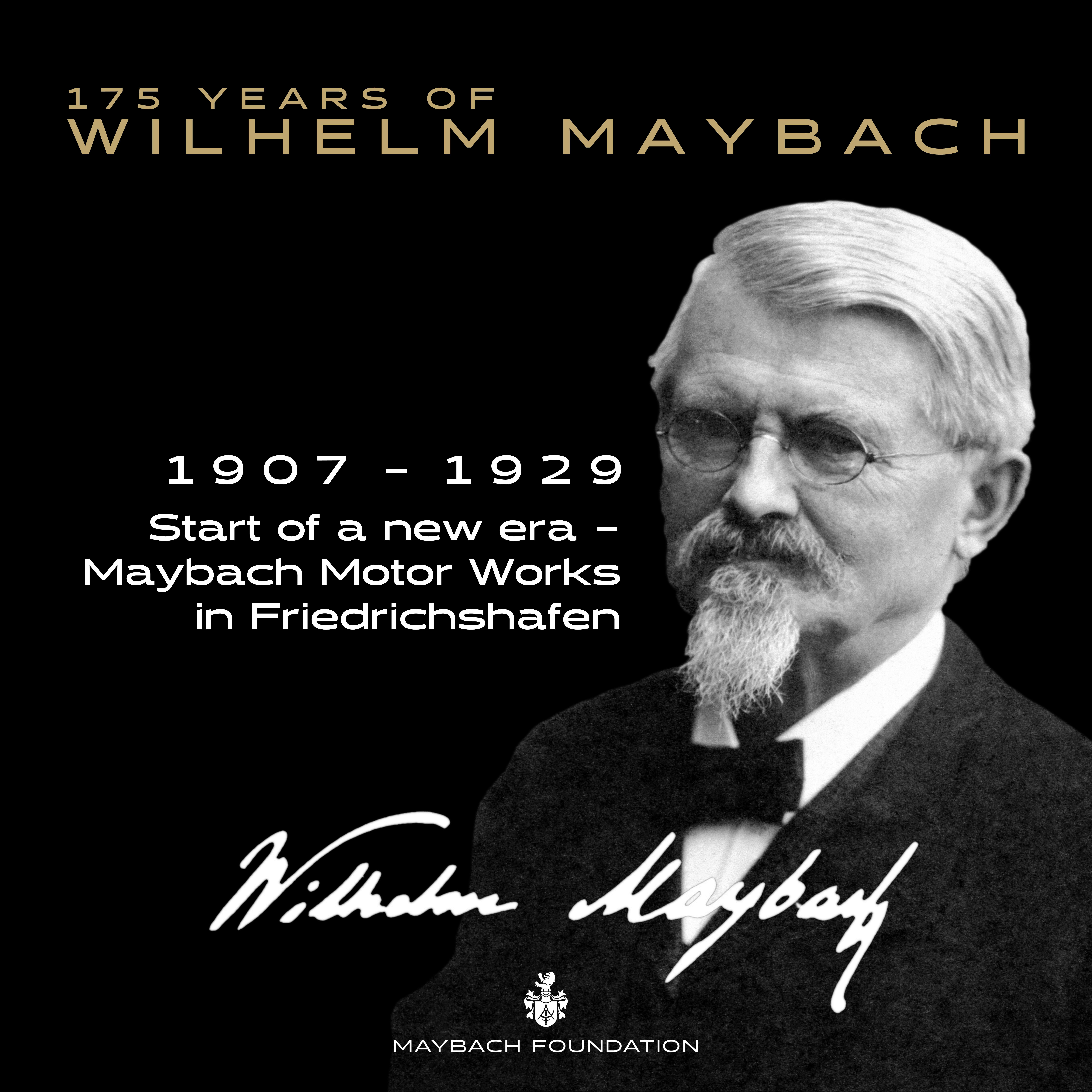 Start of a New Era

Wilhelm Maybach established Airship Motor Works GmbH in Bissingen together with Graf von Zeppelin in 1909, laying the foundation stone for another Maybach success story. His son Karl took over the management and technical leadership of the young company, which moved to Friedrichshafen in 1912. Here, in the years that followed, Karl Maybach’s ingenious designs sparked the creation of a world-​class company — Maybach-​Motor-​Works. Wilhelm Maybach died in Cannstatt on December 29th, 1929. 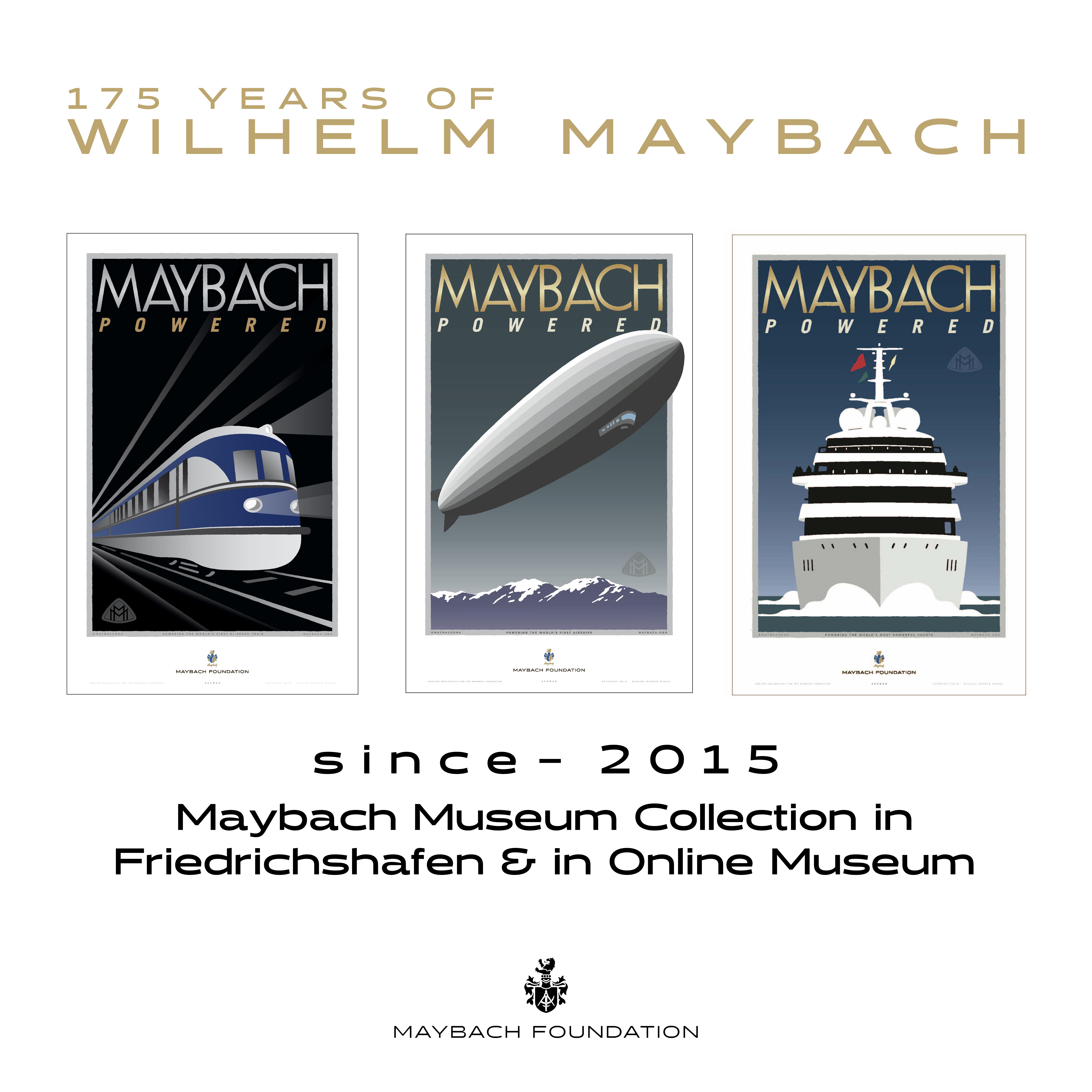 In 2015, the Freundeskreis Maybach Museum e.V. was founded under the auspices of the Wilhelm & Karl Maybach Foundation. The common goal is to share the history of Maybach engine construction in Friedrichshafen and the culture of values of the ˈMaybächlerˈ. More than 2,500 objects and various contemporary witness interviews are already in our own collection to set up a museum exhibition. Do you have further contemporary testimonies or memories about the Maybach history ? Feel free to contact us via museum@​maybach.​org !

developed in collaboration with Mercedes-​Maybach, The Maybach Museum Freundeskreis e.V., the Wilhelm-​Maybach-​Schule Heilbronn, and the Bruderhaus Diakonie Reutlingen.

Thank you for supporting the realization of this project !

We’ve also developed corresponding posters for each of the five flyers. In case you’d like to receive one or more of our posters, please send an email to foundation@​maybach.​org.

Want to learn more about the « King of Designers » ?

Enter here to experience his journey.