As the summer vacation season 2022 winds down, some of you surely went to your vacation destination by automobile in a comfortable way and on well-​built roads. Maybe even to Italy, one of the prime vacation destinations for many people. But how strenuous was such a journey by automobile in the 1920s, when mobility was still in its early days ? A travel photo (dated 1924) tells the story : it is part of the Wilhelm and Karl Maybach Foundation’s museum-collection.

Doctor Karl-​August Kroth shares his experiences regarding his exciting journey from Munich (Germany) to Palermo, Sicily (Italy) from the perspective of an automobile enthusiast – throughout the entire trip and as a Maybach driver. His conclusion after a journey of incredible 2,500 kilometers « The Maybach car is a sedan on wheels » (Kroth, Karl August, Mit dem Kraftwagen nach Sizilien. In : Der Motorfahrer No. 19, 1924). Regardless of whether the steepest mountains had to be climbed or descended, nothing seemed to cause the two Maybach cars of type 22⁄70 hp — W 3 any difficulties. 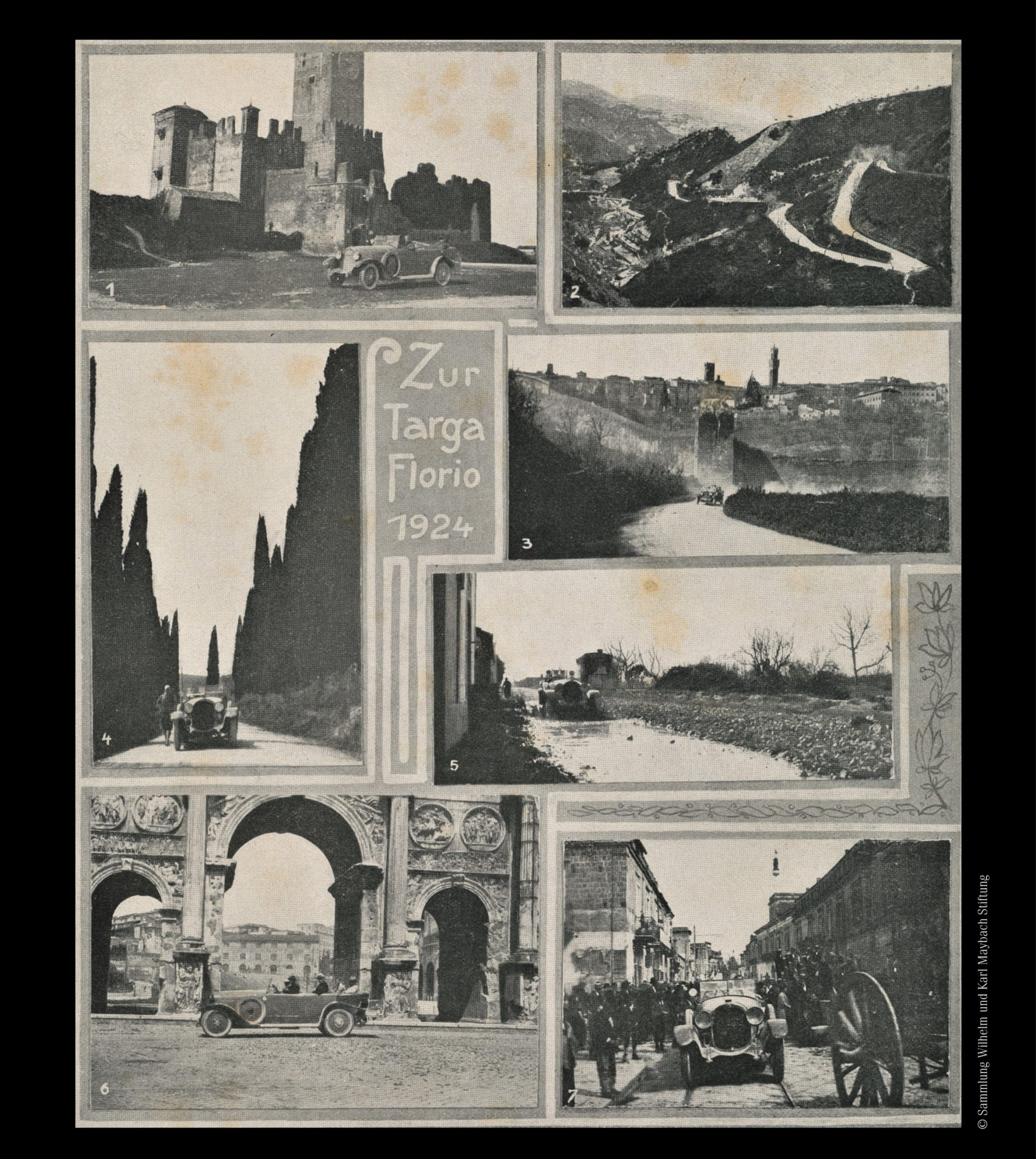 In September 1921, the Maybach-​Motorenbau company presented the first Maybach passenger car with the type of designation « 22⁄70 hp » — also known as « W 3 » at the International Motor Show in Berlin, Germany. Equipped with many technical innovations, such as the four-​wheel braking, the vehicle was one of the safest but also one most expensive automobiles of its time. The elaborate construction of the engine as well as the generously built chassis testify to the mentality according to which prestigious automobiles were built in Friedrichshafen from then on moving forward : « Only create the best from the best » (Karl Maybach). Unfortunately, no « W 3 » automobile survived to our knowledge at this time.

Seemingly effortlessly, the engine managed to embrace and overcome all climbs in the mountains with the direct gear. If the direct gear was not sufficient, the reduction was engaged noiselessly. Perhaps the smooth ride was also possible due to the skills and experience of the Maybach driver, Anton Zwick, who is well known to us. Mr. Zwick was an official driver for the Maybach Motorenbau GmbH and enjoyed considerable success in racing in the 1920s and 1930s. Meanwhile, a number of cars from other manufacturers were parked on the roadside with their radiators steaming and their hoods open. August Kroth also praised the fabulous suspension of the two Maybach cars. Since the cars have very good road-​holding due to their wide wheelbase and heavy weight, it was possible to drive through some curves at over 70 km/​h.

The travel group also covered the difficult distance between Naples and Palermo, Italy not by ship as usual, but with the Maybach cars on the worst roads, which led through the most remote areas. Five days of continuous travel, sometimes 700 kilometers at a stretch, and not the slightest repair had to be made to the Maybach car. Only on day six did a flat tire cause a short break.

According to Karl August Kroth, the Maybach car gave the travel group unique impressions of Italy that only a few people of their time had the chance to experience. They were able to cross Italy from North to South. To visit areas whose unique beauty were known even to the fewest Italians, let alone the usual tourists.